“We had luck that a soprano of great interest for the voice-maniacs was available to jump into the title role. Hungarian KK who is very famous and praised in her own country, but in Italy she only appeared briefly, in Teatro Massimo di Palermo singing Bartok’s Bluebeard’s Castle. As she told us in a short interview in between the acts, she changed her repertoire entirely since then, specialising in bel canto: she mainly sings Bellini, Donizetti and early Verdi roles, although her greatest love is “Hungarian Verdi”, Ferenc Erkel, and she would be delighted to bring his music to our country – and believe me it would be great idea, as Bánk Bán is indeed an absolute masterpiece. By then, it was Traviata where we could admire Kolonits’ wonderful singing line, the rich, creamy and soft timbre of her soprano, which soars freely and evenly into the top register. Her masterful breath control allows her to show the entire broad palette of colours resulting in an involving, deeply moving interpretation. This Violetta does not hesitate to open the gate for Alfredo mid-cabaletta and to welcome him with open arms after holding a spectacular high E Flat. It is nowadays rare to get emotionally touched in the theatre but it did happen here, thanks to the endless and immensely passionate fil di voce that the soprano offered in Dire alla giovine. Her intense reading gave also justification for both verses of Addio del passato being performed.”

“There are two operas that I am not a great fan of (don’t ask me why, for I don’t have an explanation): one is Traviata and the other Madama Butterfly. I need therefore a good reason to move to the theatre to see any of those. This time the reason was the presence in Italy of Klara Kolonits, a singer whom I adore deeply and till now I needed to “emigrate” as far as her hometown, Budapest to see her onstage. Knowing her perfect technique and affinity for coloratura singing, I knew that in the great aria from the first act we won’t have any surprises – and indeed I was right, except the ease with which she produced the final high. E Flat is always surprising and exciting for me. But what took my breath away only comes next, and in a great crescendo! As we all know, according to a popular saying, one needs more soprano for this role, because one who has agility and range to sing the coloratura of the first act, may struggle to negotiate through dramatic passages of the two following acts,  and vice versa. The vocal endowments of Klara are perfect for this task, what’s more, the intensity that she reaches in the last act is downright surprising and touching. It is clear that for her this role is incredibly important, and she lives it through note after note, phrase after phrase. She portrays a very authentic Violetta, who – although conscious of her illness – does not lack will and joy of living. Also in her duet with Germont the father she is decisive and never whiny, and she treats the audience to a disarmingly simple Dire alla giovine without the usual vocal glitter. But the real miracle is yet to come. In the last act we get to listen to both verses of Addio del passato which is as as rare as what happens next. In her Violetta there is everything: the vocality, the musicality, the interpretation and many, many colours. I always await the “Ma se tornando non mi hai salvato” phrase from every soprano that tackles this role: for me, this is the essence of the entire opera. Yesterday Klara simply killed me with this role, and my endless tears can be the proof that we experienced something extraordinary. I can say without a hint of doubt that among countless Violettas I’ve heard live, this one goes straight among the greatest. “

“The Hungarian soprano, thanks to her absolutely secure and conscious technique, portrays a Violetta who is vocally spotless. In the first act she shows precise coloraturas and secure top register, including the traditional high E Flat. During the rest of the show she makes the most dramatic moments ring true, thanks to the appropriate accents – all the way up to Addio del passato, performed almost entirely with beautiful, rich and well projected mezzavoce. The volume is always sufficient and the voice easily fills in the theatre. The Italian pronunciation is also generally good, only certain vowels might be perfected.”

“​The entire cast is very good, everyone is very direct and uncomplicated, and in some roles we experience really great artists. Klara Kolonits results undoubtedly an exciting Violetta, with her luminous and graceful coloraturas. She approaches the role with the humility of her secure vocal technique resulting in the radiant and intensely passionate final effect. “

“​Perfectly assorted cast more than once provoked mid show ovations from the audience. Klára Kolonits as Violetta reminds us that certain Danubian countries aren’t only famous for their nationalism. Her singing is secure and daring, her stage presence and her movements believable, without imitating false youthfulness.”

“​In the role of Violetta we eventually got a Hungarian soprano with mid-European career, who also has small but enthusiastic Italian group of followers – forcefully, travelling, because she does not get invited to Italian theatres. And that’s a great pity. She is a bit old fashioned both in her singing and in her stage presence, but this old fashioned singing technique is really very good, especially in the legatos and the graceful coloraturas. The bravura ones are a bit more cautious, so I lacked a bit of bite in Sempre libera – but the top notes are very secure. Her interpretation, save for some mistaken vowel and some old style emphasis, she is also believable (if not very personal). All in all a great professional whom honestly I would like to see even more in Donizetti or Bellini roles.”

​
“The great advantage of the Novara production is exceptionally good vocal cast.”

“​In the role of Violetta Klára Kolonits provided a vocally secure and emotional interpretation.” 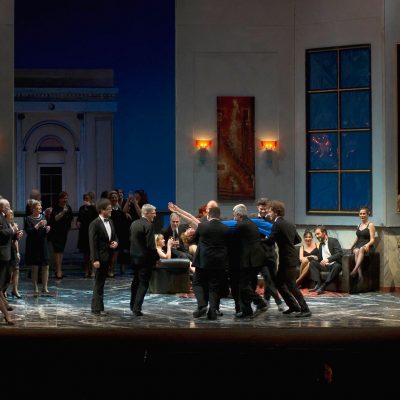 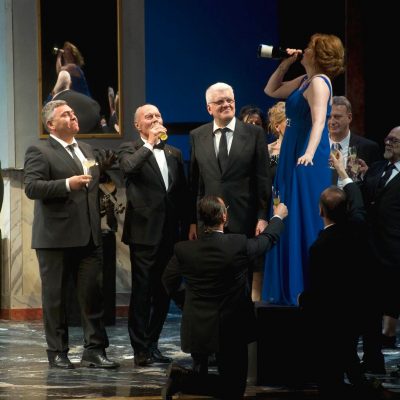 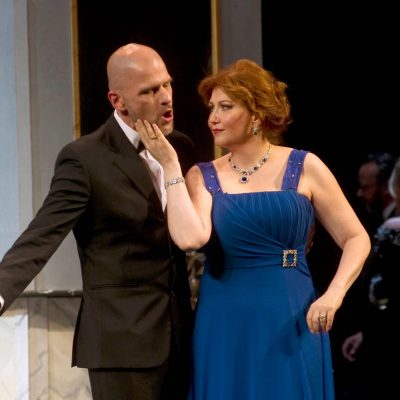 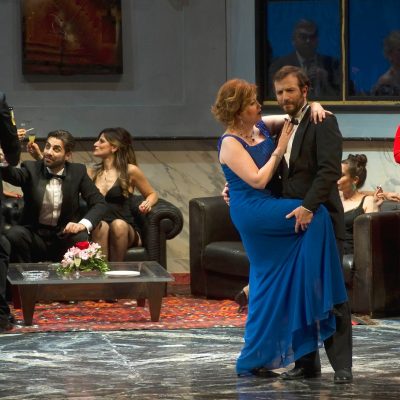 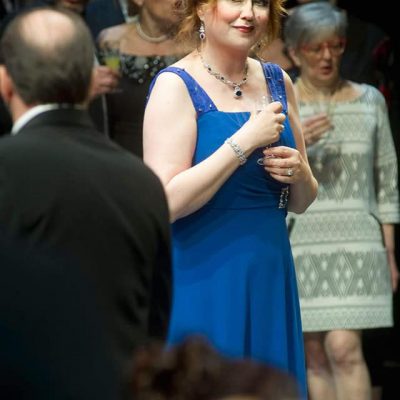 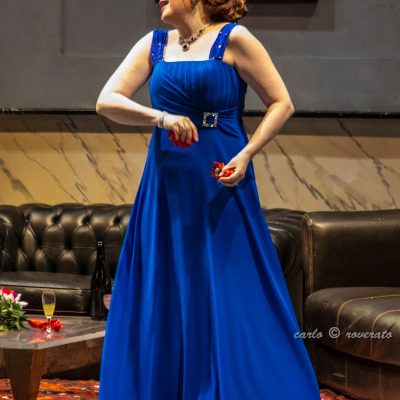 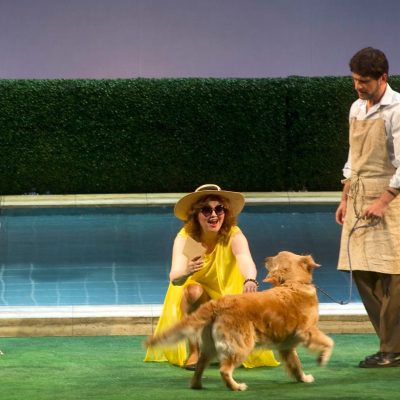 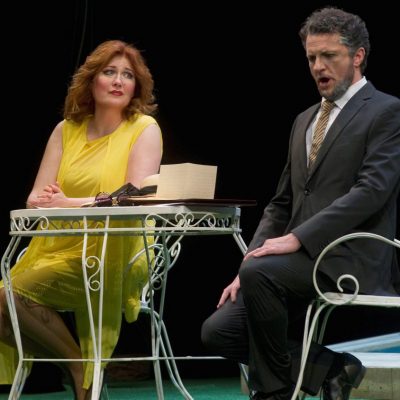 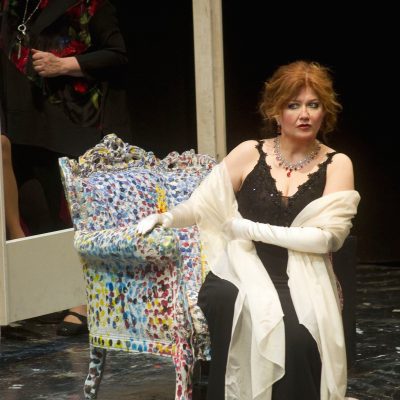 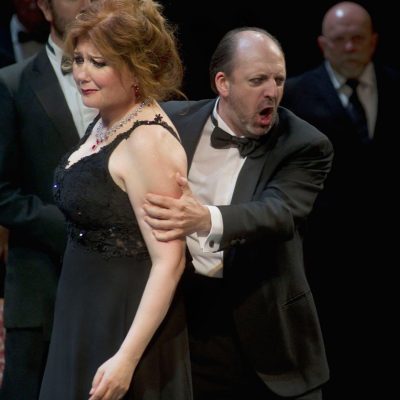 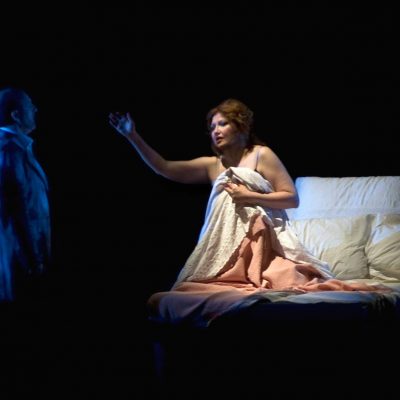 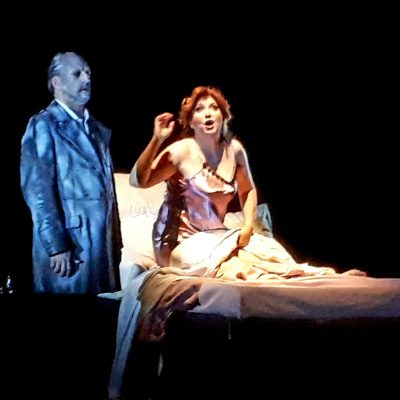 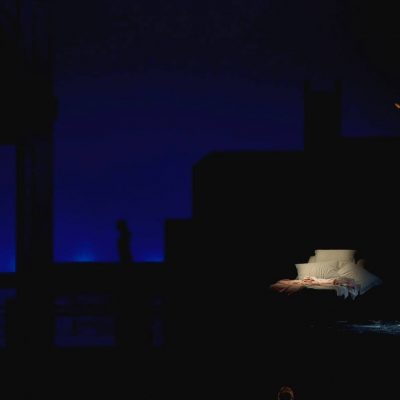 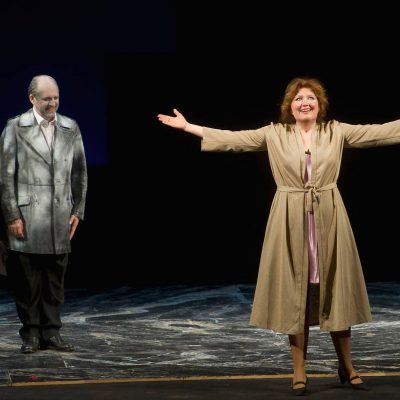